In Site 2 refugee camp, on the Thai/Cambodian border; a hundred small smugglers invite us to a trip whose route they have traced for us on a map out of the time and space that our world is trying to forget.

The exhibition presents their drama in four acts : war, imaginary quest of the country rebuilt through hope; lost by terror, weariness and doubt and finally the return to the home country. 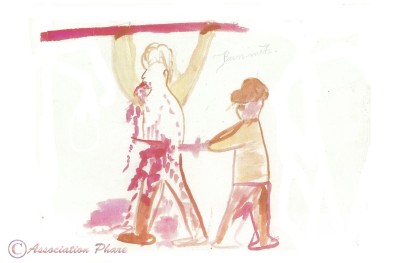 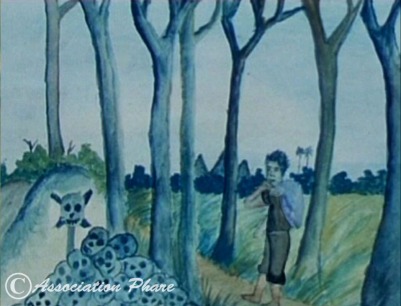 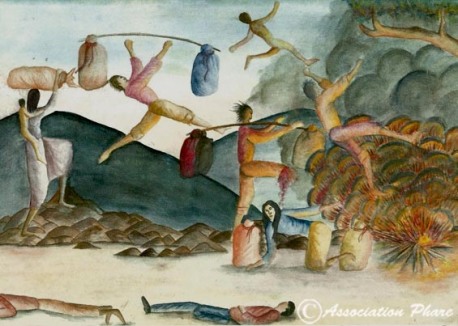 Acte 3 : The camps of expectancy

“And what had once been resistance camps has become as time passes by a huge refugees’ camp.” P. Pierre Ceyrac (S.J.) 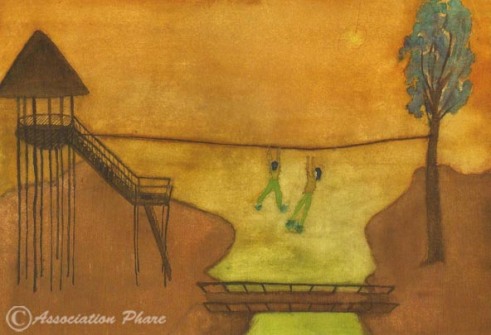 Acte 4 : Farewell to camps. Return to the home country

« Pitch gave me this watercolour on the occasion of my return to France for a holiday. It was the destination he wished for me – France looking like Cambodia – but it was the destination he also wished for him and for all the refugees. Refugees of the Camps would have to wait for 13 years to come back to the Promised Land for a return far less idyllic that the one expected. »

Do you want to work with us ?

Do you want to help us ?